"I took the Hustler photographs following a period of repressive stomping on the U.S. Constitution's First Amendment, 'Freedom of Speech'. An appropriate personification of the moment would be Jesse Helms, a man deeply committed to his bigotry. He was responsible for a lot of the stomping. In 1989, the National Endowment for the Arts was attacked for supporting a Robert Mapplethorpe exhibition that was canceled as a result. In the same year, the money I received from the NEA had a proviso attached which required that I not transgress 'American' values. Other artist recipients called for a boycott or some kind of protest. I decided to beat Mr. Helms at his own game. I paid the 'hustlers' in these photographs with the money awarded to me by the NEA. The price was meant to be the normal cost for the lowest common denominator of street sex. Of course it varies. Hustlers lie a lot too. I've included in the titles the name, age, hometown, and price paid of each one, as an emphatic declaration of the identity mutation and the taxonomy the project implied. And, as a report to the government of its well-spent dollars" - Philip-Lorca diCorcia 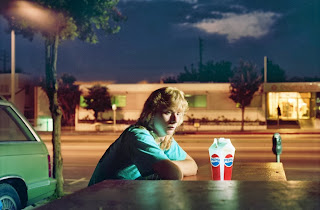 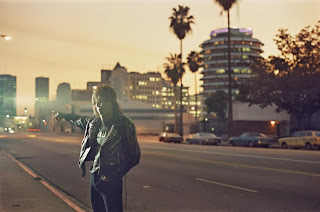 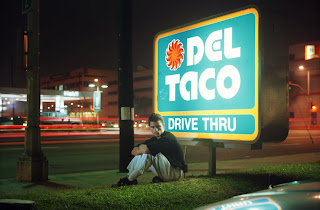